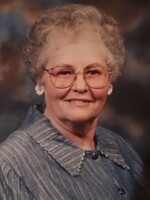 Charlene was a homemaker and is preceded in death by her husband, Walter and her son, Walter Bartholf Jr.